Once we decided to make an offer on our mountain property, we came up to do several exploratory hikes. This was such a big move, we wanted to get a better feel for the lay of the land. The first hike we did was in late fall with dear friends. The wind was up and sharp, bringing tears to our eyes when we stood at the camp looking over the mountains, Bras d’Or Lake and Denys Basin. We decided to walk down the trail heading west through the parcel across Whycocomagh Mountain’s “Whaleback’, so called because it has a distinct ridge on its north face.

Once in the shelter of the forest, the wind was barely noticeable. We struck out down the trail under the shelter of the Acadian hardwood forest. While the eastern half of the property had been harvested for softwood several decades prior, this western half was mature beautiful hardwood forest. Brooks bounded south down slope, the moss was thick and lush, and a wonderful sense of the land falling away on either side of you reinforced the fact, that despite the beautiful shelter of the woods, we were on the apex of this ancient mountain.

On a second hike, Molly and I toured the southeastern part of the property, crossing over the previously cut land that fell away in rolling hills to the south west. I could picture future agricultural fields, animals, and shelters for them tucked in here. I was feeling a bit apprehensive crossing the land – the new growth vegetation in this area was dense and higher than I could see and knowing the wilderness surrounded us I feared sneaking up on or coming face to face with some wildlife. I spoke loudly to Molly as we safely descended down into a gully where the old trees had been left undisturbed.

A pristine mountain creek, where ages of water flowing had scoured away the rock creating a wide gully, seemed to me to be a great natural cathedral. A bowl where the creek now meanders in curves along the gully floor. The land rises up steeply around it and the great old birches tower above. The kind of place I would retreat to, when I needed to reconnect.

On our third hike, Molly and I walked The Great Trail from where it meets the Whycocomagh Mountain Road to where it meets our property. It was a foggy mild winter day and the visibility was not great, perhaps 30 meters. I felt nervous again. The forest looked particularly wild and prehistoric as the fog slunk into the woods below the canopy. My imagination was picturing coyotes and bobcats stealthily watching us, wondering what we were doing there. I decided the best course of action was to sing loudly as we hiked.

One of Grant and my favourite songs was what came to mind then and there – Splendid Isolation by the wonderful Warren Zevon. I sang it loudly, making up the lyrics I didn’t know. Molly and I stopped to further explore and pay homage at the creek. While the place was still wild, and scary at times to me, and the weather could be extreme on the mountain, my spirit was connecting with it. I was becoming familiar with it. And I knew that I loved it, with all its peculiarities, all its challenges, its moods, creatures and weather. It was our opportunity to live in nature, but how we would manage to be able to stay there turned out to be quite a challenging course to traverse. Before us lay obstacles great and small, characters of ill repute, major disappointment and challenges that would require great perseverance and fierce determination on our part. Of course, perhaps mercifully, we had no idea what was in store for us. Our first task was to envision a plan for making our life in this place and that is when the idea of Iron Mountain Wilderness Cabins found its genesis.

This article is part of a series entitled Our Story. Peruse other stories in our blog: 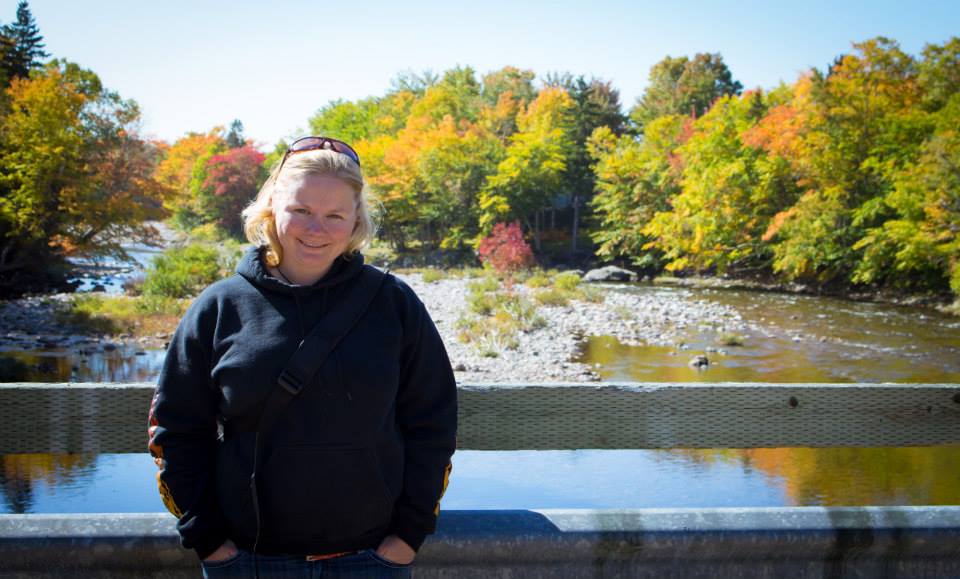 Hello there! My name is Jess. I am a co-founder of Iron Mountain Wilderness Cabins. This mountain has captured my heart. I am so excited to be part of this project. Being in nature is where I feel at home, and I hope you will make yourself at home here too. I am here to help you with bookings, events & guest service. In my spare time, I am looking forward to recording parts our journey in the Iron Mountain Blog - but as much as possible, I hope to be outside, living life on the mountain! I also operate a local website design business called Beach Pea Design. Writing is one of my favourite pass times, and I am looking forward to being able to share a story or two with you all ~