23jul8:00 pm10:00 pmFeaturedLive Music on the MountainSanity Sessions with Jude Pelley - $5 cover 100% proceeds to the artist

Jude Pelley was born in Carbonear, Newfoundland, late in 1975; and raised in the rural community of West Dublin, on Nova Scotia’s South Shore. He was tremendously inspired by his

Jude Pelley was born in Carbonear, Newfoundland, late in 1975; and raised in the rural community of West Dublin, on Nova Scotia’s South Shore. He was tremendously inspired by his musical father, Derek Pelley, who played with seminal Canadian folk-rock groups Figgy Duff and Rawlins Cross; he spent his formative years learning the mandolin, playing with Bridgewater’s award-winning bluegrass band, Exit 13. Since those days, his musical adventures have included: touring Nova Scotia by bicycle; being a mainstay in Victoria, BC’s vibrant professional music scene for 5 years; criss-crossing Canada, usually in vehicles which run on waste vegetable oil, or by train; hosting the Pennybrook Festival in West Dublin, NS; running a small-scale acoustic music recording and production studio, Alone Stone Productions; and dabbling in medieval and early music.

Currently, Jude is in the process of polishing up a long-awaited solo album, due out in the Fall of 2021. Also in process are a second album by folk duo Pennybrook (featuring Charlie Wilson on wooden flute), an album of Swedish folk music with Halifax-based nyckelharpa player Kirsty Money, and a bluegrass album with banjo virtuoso Steve Keith.

Bookings must be cancelled a minimum of 7 days in advance to receive a full refund. Please see our Rental Terms and Policies for more details. Cancellations due to public health orders receive vouchers to stay another time. 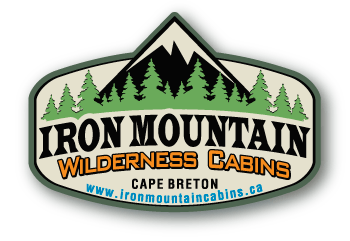